Miami’s financial hub is slated for three new residential buildings, adding to the number of living options in the dense and trendy Brickell neighborhood.

Behind the SLS Brickell at 1300 S. Miami Ave., two 56-story towers and one 74-story tower are slated to transform 1420 S. Miami Ave., according to plans submitted to the City of Miami’s Planning Department and Office of Zoning. The vacant land spans approximately three acres. The project also includes 1,648 parking spaces and retail space on the ground floor. 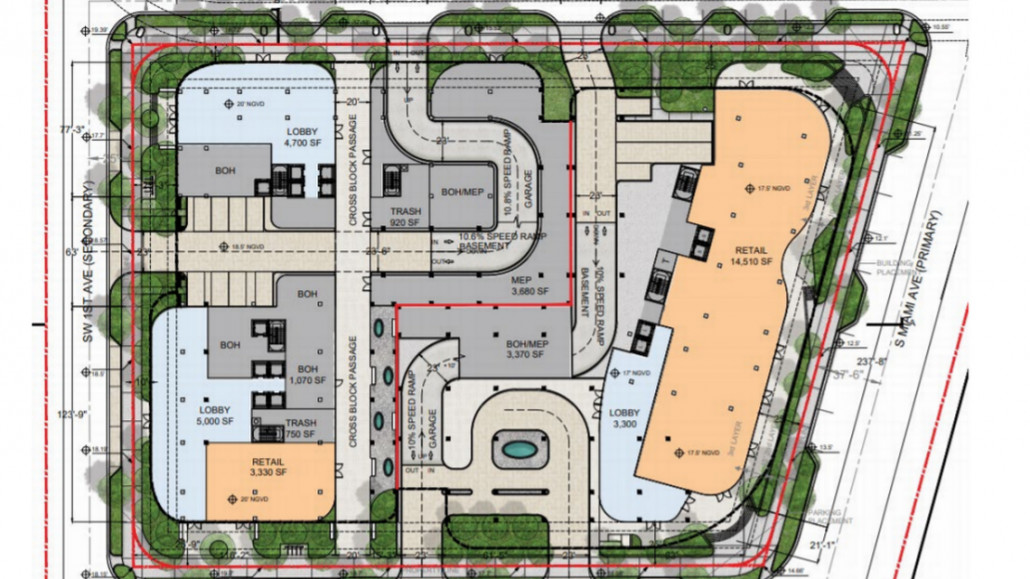 American Da Tang Group, an affiliate of China Communications Construction Company U.S. International, acquired the block-size property in 2014 for about $75 million and still owns the land, according to property records.